Let’s start with a caveat!

These are books that I read in 2017, not necessarily books that were published in 2017. This year I gave myself free rein to read whatever I wanted, no matter when it was published. So, pretty much like any other year, except with less psychological pressure on myself to keep up with trends.

I had one real reading goal for the year and that was to read more memoirs, mostly by women. Overall, I read 64 books in 2017 and 53 of them, not all memoirs, were written by women.

Here are my faves.

Voices in the Ocean: A Journey into the Wild and Haunting World of Dolphins by Susan Casey Okay, I know the subtitle is kind of ridiculous, but this is a journalistic look at dolphins, their significance in cultures throughout history, and the icky icky dolphin trade, which is currently alive and well. If you’re not “haunted” when you finish, I’ll buy you a ticket to SeaWorld. Just kidding, SeaWorld is icky. 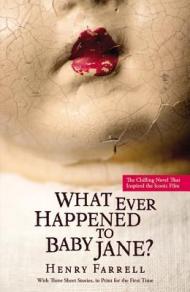 This cover? So. Creepy.

Whatever Happened To Baby Jane? by Henry Farrell I don’t really understand why this classic is as creepy as it is. But it is. I need to watch the movie now.

Cocaine Blues (Phryne Fisher #1) by Kerry Greenwood I had to read this after watching all of Miss Fisher’s Murder Mysteries last winter and falling in love with it. The characters and costumes are so fabulous, as is the Australian setting. Highly recommend, would watch again. The book was delightful too and I intend to read more in the series but haven’t gotten around to it.

Sin Bravely: My Great Escape from Evangelical Hell by Maggie Rowe (2017) This is a selection from my new favorite genre: books about/by women who’ve escaped from oppressive religions. “Assaulting people at shopping malls with the ‘Good News'”? I’m in.

The Sound of Gravel by Ruth Wariner Ruth escaped from a polygamist cult. This one had me looking up every few chapters to say “What the actual fuck?”

Homeward Bound: Why Women are Embracing the New Domesticity by Emily Matchar The subtitle of this book focuses on women, but I feel like this is really the tale of contemporary young people, no matter the gender. Essentially, young adults are thinking outside the box of traditional employment and suburban/urban living as modeled by previous generations. But, ironically, they’re turning to traditional homemaking. This book explores the popularity of etsy and homesteading and offers some good anecdotal explanations.

A Woman of Independent Means by Elizabeth Forsythe Hailey This book makes the “poor little rich girl” empathetic af. Despite her many privileges, multiple tragedies befall Bess in her lifetime and we learn about them through her beautifully written letters. If you like historical fiction about women or epistolary novels like I do, this one will probably make you cry. Ask me how I know. 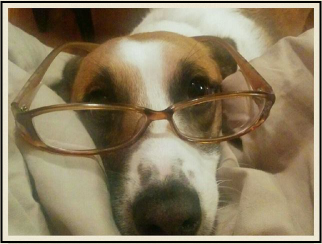 My literary pup. Isn’t she cute?

Walking with Peety: The Dog Who Saved My Life by Eric O’Grey, Mark Dagostino (2017) I love a good dog memoir. Combine that with a weight loss memoir and I’m sold.

Part Wild: One Woman’s Journey with a Creature Caught Between the Worlds of Wolves and Dogs by Ceiridwen Terrill And speaking of dog memoirs…Have you ever heard of wolf dogs? If you are a dog person, arm yourself with some kleenex, k?

An Undisturbed Peace by Mary Glickman “A Jewish immigrant, a Cherokee woman, and a black slave find love, friendship, and redemption in the midst of the tragedy of the Trail of Tears.” These characters manage to flout gender and racial norms while not making this the central focus of the book. This is the first novelization of the Trail of Tears that I’ve read and it was a tough one. It humanizes one of the greatest tragedies of the formation of  the U.S. as we know it today—honestly, this is one of the reasons I read historical fiction.

The Long Haul: A Trucker’s Tales of Life on the Road by Finn Murphy (2017) Okay, here’s a man memoir. A man-oir? Anyway, I thoroughly enjoyed this work memoir by Finn Murphy, who strikes me as a real character but also possesses the delightful quality of self-awareness. Ahh, refreshing. (Also, did you know there’s a truck-driver hierarchy at rest stops…?!) 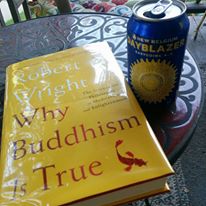 I read this too.

Other books I read and enjoyed this year (in no particular order):

You Will Know Me by Megan Abbott

What Alice Forgot by Liane Moriarty

Some Girls: My Life in a Harem by Jillian Lauren

Alex & Me: How a Scientist and a Parrot Discovered a Hidden World of Animal Intelligence–and Formed a Deep Bond in the Process by Irene M. Pepperberg

Tears of the Silenced: A True Crime and an American Tragedy; Severe Child Abuse and Leaving the Amish by Misty Griffin

One Thousand White Women: The Journals of May Dodd by Jim Fergus

My plan for 2018? Read whatever I want and try to work in more historical fiction. No presh.