I can’t stop reading it. The more depressing the better.

On Sunday I finished The Family Next Door: The Heartbreaking Imprisonment of the Thirteen Turpin Siblings and Their Extraordinary Rescue by John Glatt. Tuesday it was 3,096 Days in Captivity by Natascha Kampusch, translated by Jill Kreuer.

Both were harrowing reads. I had to take breaks so as not to become totally creeped out and depressed by the depredations of the world. But, I soldiered on with my typical voyeur’s interest. 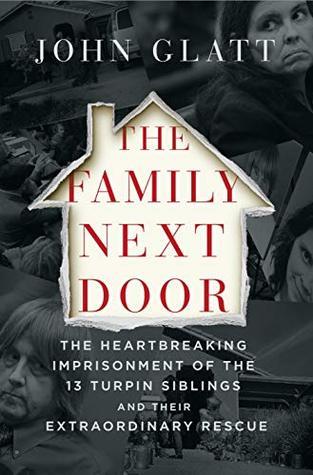 The Family Next Door is the story of the Turpin family. You may recall a devastating news story breaking in early 2018 when one of the 13 Turpin children, sneaked out of her house before dawn to call 911 and report that her parents were abusing her and her brothers and sisters.

The siblings, several of whom were chained to their beds when police arrived, were rescued that day when police followed up on the phone call. A horrifying story of abuse and neglect and pure, unadulterated crazy came to light. You can read the basic details on Wikipedia. In the book, John Glatt paints a picture of the parents’ background, which includes their strict religious upbringings, combined with a truly saddening history of sexual abuse for Louise.  It’s hard to read, but I thought Glatt a competent writer. I saw some complaints on Goodreads about his style and people pointed to repetitiveness, but I found anything repetitive helpful as there were so many characters and children’s names to remember.

If you’re interested in the story, here’s a nice update on the children. The parents are both in prison where they belong. 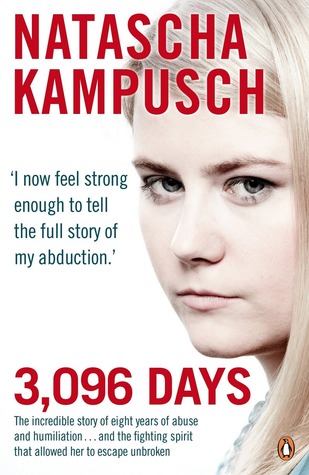 3,096 Days is a memoir written by an Austrian woman, Natascha Kampusch, who was kidnapped at age 10 and kept in a basement prison for 8 years. Her kidnapper starves her and turns out the lights in her dark, scary basement world in order to discipline her and keep her in line. She is also molested, beaten, and forced to cook, clean, and do hard labor for the kidnapper. She escaped in 2006.

This is a translation and the author is not really a writer, so the writing is very simple, with no real style. But the story is so compelling that I couldn’t put it down. If you’re interested, but don’t want to read the book, I suggest googling her name. There are lots of interviews and videos.

And those are my depressing reads for this week. Good things I am listening to something lighthearted: Excellent Women by Barbara Pym.

2 thoughts on “More depressing true crime for me”