Non-book-related image: How cool are these little water droplet stalactites, which I saw on one of my walks home this week?

I have been a real slacker on the reading front this week. I finished Paper Wife and The Secrets We Kept last week and struggled to settle in to a new book this week.

I did, however, finish the audiobook version of God is Not Great: How Religion Ruins Everything by Christopher Hitchens. Haven’t had the mental space to blog about it, but that was a win on the reading front.

Sad panda only ever has DNFs.

Had some DNFs:
–Such a Fun Age – Really wanted to read, but just couldn’t get going on it for some reason. Interesting themes re: racial issues, but I lost interest quickly, so idk.
–Dr. Zhivago – Wanted to read this after The Secrets We Kept, but again, couldn’t muster the energy for it. As with a lot of classic Russian literature, in my experience, it felt like an idea-driven book, rather than a character-driven book, and sometimes a bitch has no mental capacity for that kind of thing at the end of the workday. 🙂 I shouldn’t make such sweeping generalizations about Russian literature given my limited experience, but that’s what the Internet is for. I don’t make the rules, people.
–Grand Hotel – I was looking forward to starting this one, but it was so very tedious. Loved Baum’s tone and voice, but omg, the minutiae was exhausting.

I’m a little concerned that I’m giving up on classics when I’ve decided on another classics challenge this year, but here we are. You have to kiss some frogs to find your prince.

On to Friday Fives:

1. What I’m Watching: Nothing right now, but a coworker who also loves British television just recommended Catastrophe, so I’ll probably give that a try. If you’ve watched it, what did you think? 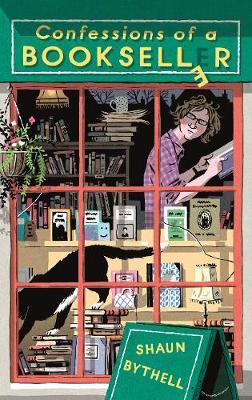 2. What I’m Reading: My library hold on Confessions of a Bookseller by Shaun Bythell finally came in! I’m careening through that now. It’s the follow-up to his first memoir, Diary of a Bookseller, which I read last year and loooved. I will say that I don’t think this one is as snappy, but I don’t care because I’m invested now. If you, too, are invested in the life of this curmudgeonly Scottish bookseller you don’t know, he spills some good tea about his relationship with Anna.

3. What I’m Listening to: Bad Feminist by Roxanne Gay, read by Bahni Turpin. She’s such a wonderful narrator.

4. What I’m Making: *crickets chirp* *the sun sets* *a lone coyote howls in the distance*

5. What I’m Loving: Going back to the gym! Ben and I started going again. My goal is to get there three times a week. I’m just lifting and I am a weakling with noodle arms, as my coworker Karen would say.

So far so good on the new routine, but it’s only week two, so…

2 thoughts on “Friday Fives: One F and Three DNFs”